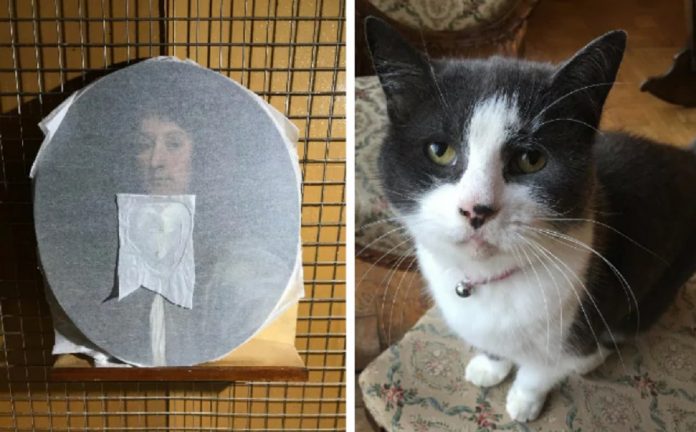 In the photo is the cat of Bender Grosvenor.

The Telegraph reports the fact that in the United Kingdom the cat of art historian and art expert Bender Grosvenor seriously damaged the painting of the XVII century.

The expert said that he had acquired a painting by John Wright in 2015 for £ 5250 (more than 0.5 million USD).
The incident occurred when an art expert was restoring the picture because of the condensate that appeared on it.

“When I walked away to admire the restoration, our cat jumped and landed in the very center of the picture. A catastrophe, ” said Grosvenor.

The Briton added that the animal had landed on a piece of the painting with clothes, not a face. The art critic also joked that the cat is not a “fan” of Wright and clarified that it would take no less money to restore the painting than to acquire it.