The first trailer for the remake of the “Mulan” classic cartoon appeared in YouTube.

The storyline tells about a girl from China who went to war with the nomadic Huns, headed by Shan-Yu. To participate in the war, she dressed as a man to hide her gender.

In 1998, the Disney studio released a cartoon. Now it has been decided to make a film adaptation directed by Niki Caro.

The main role is played by Liu Yifei. The film will be released in the spring of 2020.

Earlier The Journalist reported that OIFF-2019 opening and closing films have been announced. 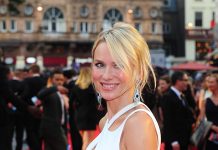