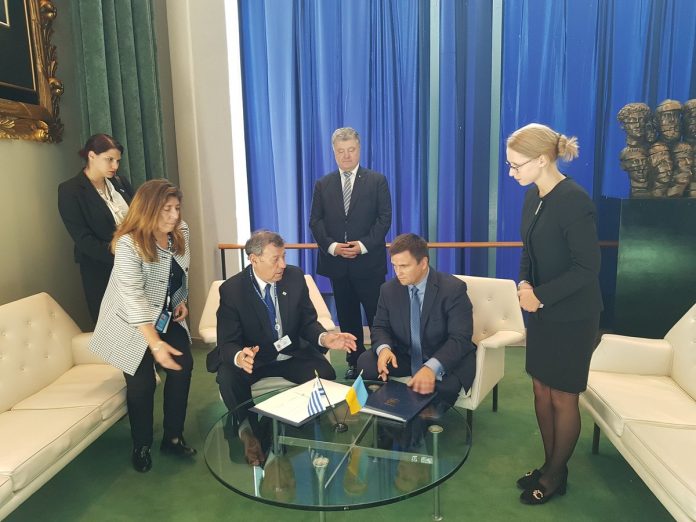 Open source
Ukraine and Uruguay signed an agreement on visa-free regime at the General Assembly of the United Nations (UN). This was reported by the Press Secretary of the President of Ukraine Petro Poroshenko, Svyatoslav Tsegolko.

«Ukraine has established a visa-free regime with another country. The relevant agreement with Uruguay was signed in the presence of the President of Ukraine at the UN General Assembly,» – Tsegolko posted on Twitter.

Recall that the Cabinet of Ministers has approved a draft agreement with Uruguay on the mutual abolition of visa requirements.

As The Journalist reported, Ukraine and Uruguay were going to sign visa-free agreement.