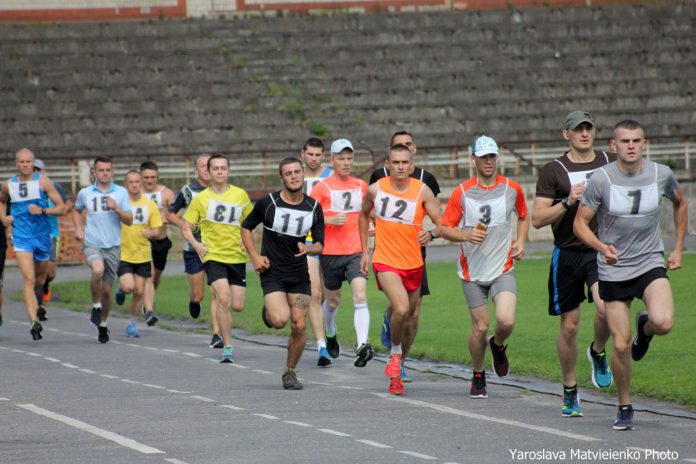 On July 20th, about 70 veterans and servicemen with injuries tried their physical strength in the selection to Ukrainian team for US Marine Corps Marathon at CSK stadium of the Armed Forces. Potential marathoners run 5 and 2 kilometers.

For the third time Ukraine will participate in this international sporting event. This fall in the American capital, our veterans will run 10 and 42 km. The initiator of the participation of Ukrainian team is the authorized representative of the President of Ukraine on rehabilitation of ATO veterans Vadim Sviridenko. In 2016, Vadim was the first to represent Ukraine at the 41st marathon of the US Marine Corps in Washington, where he became a prize-winner after running 10 km

Such sporting events – for veterans it is possibility not so much to compete but serve as the best way of social and psychological rehabilitation, because they are among their fellow men.

Participants of the mini-marathon shared their impressions:

-Despite injuries, I continue to serve in the state border service. Until the last day, I was determined to run 10 km. I am grateful to the organizers that they did not torture us now and gave us less distance to run, so I was running «only» 2 km. For today, I did not set myself a super-goal, it’s just an opportunity to try to run at the pace, in which, if lucky, I will run on the marathon. Neither before the injury, nor after, I had no great sport achievements. Therefore, if at least 70% of the tempo that I showed today, I will be able to finish, for me personally it will be an excellent result. If we talk about adaptive sports, it’s hard to be objective. A person may not have amputations, but this does not mean that he or she does not have serious inside injuries, which, under physical exertion, can reveal.