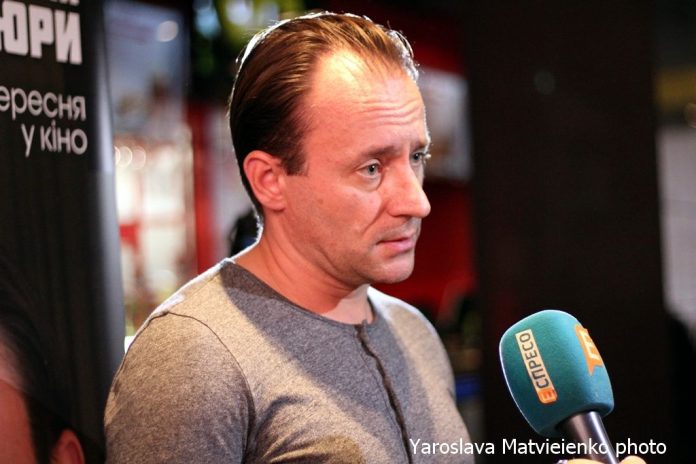 Last week, a long-awaited historical film, «The Secret Diary of Simon Petliura», was released to wide screens. It is symbolic that the premiere took place on September 6, on the eve of the Day of Ukrainian Cinema (September 8 – Ed.). The Journalist visited the pre-premiere screening of the film.

«Secret Diary of Simon Petliura» from the day of the premiere caused an extraordinary resonance: in Zaporizhia there was an attempt to disrupt the premiere, although the very first screening of movie took place in this city on May 5 in the framework of the historical festival History.UA.

Critics and historians do not abate in their crushing reviews. However, the filmmakers do not pretend for documentary. To draw attention to the twisted pages of Ukrainian history and to the personalities who created it – the goal that passes a thin red line through the entire film. The most important thing remains the fact that the film came out, and it’s not about someone, but about us. The events of a hundred years ago, unfortunately, are again relevant, and that’s why the movie should be definitely watched. History has been guilty before many personalities, in particular, before Symon Petliura. It is time to give back debts and not to repeat mistakes. Meanwhile, simple spectators, not blinded by Soviet ideology and myths, and the desire to kill the attempt of Ukrainian cinema to «stand on their feet» like «The Secret Diary of Symon Petliura» After film was shown, media representatives had an opportunity to talk with members of the creative group during a press conference.

«His personality was inherent doubts, which was fueled by people around him. I was interested to study him as a live person. History goes in a spiral and has certain cycles and repetitions, although in a different dimension and time. What are the reasons for Petliura’s loss? First, Entente did not support, in fact, the struggle. Secondly, there were internal conflicts, different. And, of course, Ukraine was exsanguinated and tired of this war, a significant part of the population immigrated.
To the last he was with his people and with his army. Petliura said that only the army can be the guarantor of our statehood. He is the biggest Ukrainian statesman of the 20th century. I do not like when actors play, I like it when actors live. All the artists went through casting, and not because I questioned their acting talents, I wanted to make sure they were from this movie».

«It was a little easier for me than for my colleagues, as little is known about my character. The impetus for the creation of the image was the episode, when the troops of Muravyov come to Kyiv. About this historical period, I advise everyone to read the book of Belgian military writer Marcel Tire «Bypass in Kyiv». I remembered Maidan in 2014. I put my fear into my heroine. My heroine had the right to weakness, unlike her husband Symon Petliura. Moments when she is still «alive» (because with her husband’s death life as such for her has ended), I tried to make it more sensual. At that time people had to take responsibility, but meanwhile they remained people with their defects and the right to make mistakes. History has a turbulence of time. We must take good and bad experiences. But do we have the right to put stamps, to frame them? It seems to me that we need to «pull out» our controversial figures, to fight on this information front».

-«If you watched the previous films of Oles Yanchuk, you know that he illuminates white spots in history. For us this was the most important in the film. The most difficult thing is to change the consciousness of a person. This is the drop that will change after all. I was convinced that people, especially young people, know almost nothing about this period of Ukrainian history. It needs to be somehow changed, which we tried to do. It’s up to you whether it happened or not».

-«The biggest surprise for me was a filming day on June 26, when I saw Bohdan Beniuk and Yevhen Nishchuk, so I learned that they will work in the project. I understood that I am the instrument on which the director will play. I could not fully immerse myself in all this, but I did not want to. I reviewed all movies and in them all my character is aggressive and nervous. Of course, I wanted to do things differently, based on the fact that he studied at a theological seminary, was a family man, he had a daughter. All this influenced him, so I tried to translate it on the screen. Love for the child, for the motherland, and the tension that has always been present in his life. It seems to me that people at that time were different, more measured. I’m not an aggressive person, and it’s natural that my psycho-physical and emotional qualities are reflected in the roles».

After the show in Ukraine, «The Secret Diary of Symon Petliura» is planned to be shown abroad: already in September movie will be shown at one of international festivals, there are propositions from Austria, the USA, and Australia.

Earlier The Journalist reported that Ukrainian State Film Agency presented a film about the film «The Secret Diary of Symon Petliura».