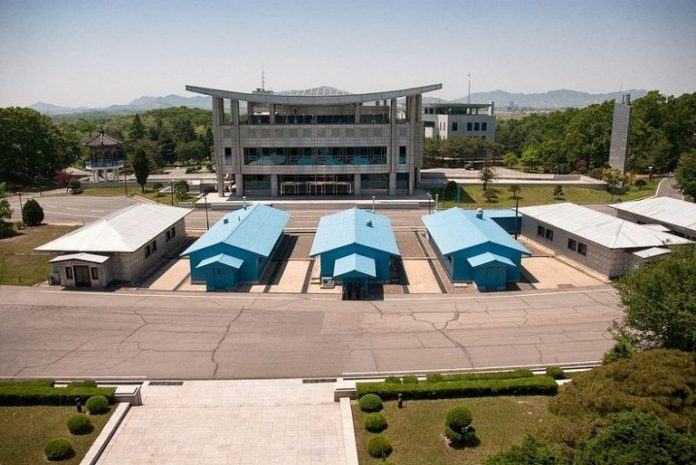 Photo: from open sources
The leaders of Soutn and North Koreas decided to hold a meeting between Kim Jong-un and Donald Trump in the territory of the demilitarized zone of Panmunjom, informing CNN.
South Korean leader Mun Zhe Ying convinced the North Korean leader to meet with the US president in Panmunjom for a number of reasons. Besides the fact that Kim Jong Un will be convenient to get to the meeting point, the demilitarized zone already has the necessary equipment for information coverage of the event.
Part of the events planned within the framework of the meeting of the leaders of the United States and North Korea, can pass on the side of North Korea territory.
President Trump confirmed that the summit could take place in Panmunjom and discussed it with Mun Zhe Ying.

«Numerous countries are being considered for the meeting, but would Peace House/Freedom House, on the Border of North & South Korea, be a more Representative, Important and Lasting site than a third party country?» – Trump wrote on Twitter

Earlier «The Journalist» reported Kim Jong-Un met with the former head of the CIA.