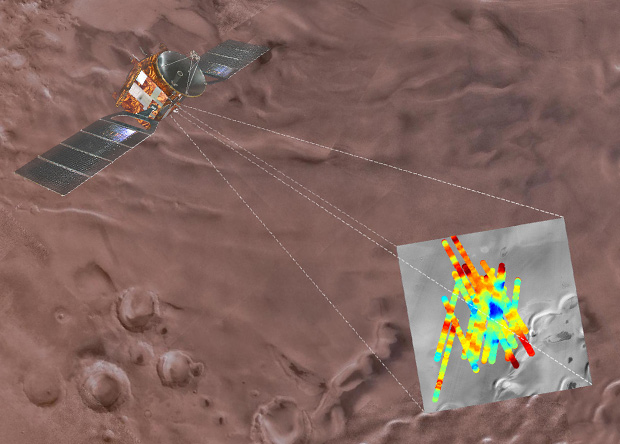 Scientists have found water on Mars in a liquid state. A corresponding article about the study was published in the journal Science.

In a new study, a team led by Roberto Orosei of the National Astrophysical Institute in Bologna used the MARSIS radar on board the European Mars Express orbiter for observations from May 2012 to December 2015.

It surveyed the 200-kilometer area of the Southern Plateau, with respect to the flat and topographically unremarkable region of the Martian South Pole.

In 29 pictures they managed to find out the area where the radar signal changed dramatically — for the instrument this place looks about the same as the ice lakes of Greenland and the Antarctic. Researchers claim that the object they found is a layer of liquid water at a depth of about 1.5 km.

Earlier «Journalist» reported that for the first time aurora Polaris was captured on Mars.