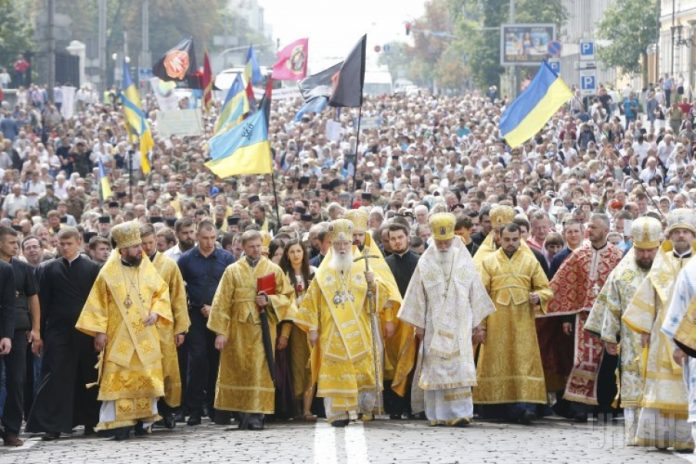 Procession on the occasion of the 1030th anniversary of the baptism of Rus’ -Ukraine demonstrates that the Ukrainian people have united, and Russia will no longer be able to defeat it.

This was said by the Primate of the Ukrainian Orthodox Church of the Kyiv Patriarchate, the Patriarch of Kyiv and All Rus-Ukraine Filaret, reports Unian.

As the «Journalist» reported representative of the Ecumenical Patriarch stated that the Ukrainian Church has the right to its place among the Churches.