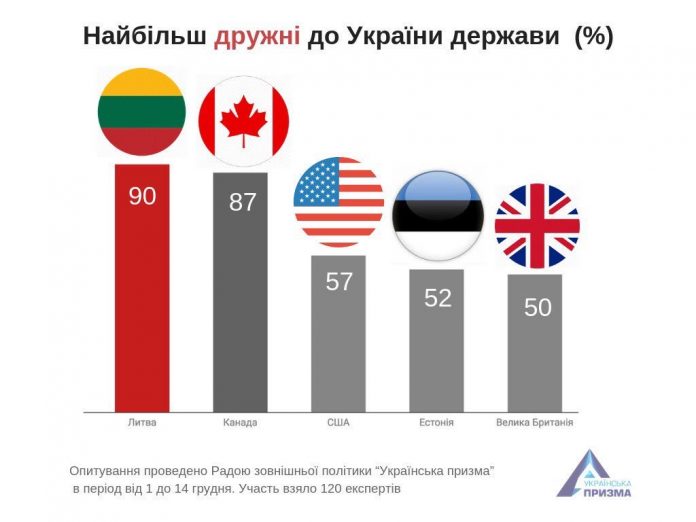 Very glad to see these impressive figures: according @prismUA experts' poll #Lithuania is the most friendly country towards #Ukraine. A strong basis for further acceleration of the strategic partnership between our two countries in all the areas. Разом до перемоги! pic.twitter.com/hoQkrxuGGz

It is also noteworthy that Minister of Foreign Affairs of Lithuania Linas Linkyavichus responded to the message.

“I am very pleased to see these impressive figures,” Lithuanian Foreign Minister wrote in his own Twitter account.