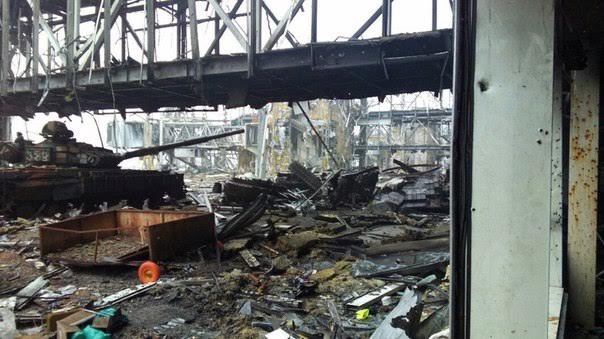 Photo: Censor.net
Today, January 16, Ukrainians honor the memory of the defenders of Donetsk Airport (DIA). According to official data, hundreds of fighters were killed defending DIA.

The defense of Donetsk International Airport — a facility of strategic importance — lasted 242 days. Fighting for the establishment of control continued between the Ukrainian military and pro-Russian militants in the period from May 26, 2014 to January 21, 2015.
Special Forces detachments of the 3rd separate regiment, fighters 79, 80, 81, 95 separate airmobile and 93rd OMBR, 57 separate motorized infantry brigades, 90th separate airmobile and 74th separate reconnaissance battalions, soldiers of Dnipro-1 regiment fought for the DIA”, as well as the fighters of the Volunteer Ukrainian Corps.
Only from 18 to 21 January 2015, 58 “cyborgs” were killed as a result of an explosion of DIA terminal. And on January 21, 2015, the decision was made to withdraw the Ukrainian military, since the object was completely destroyed as a result of numerous battles, it became unsuitable for defense.

Earlier, the “Journalist” reported that a soldier from Vinnitsia oblast died in JOF zone.