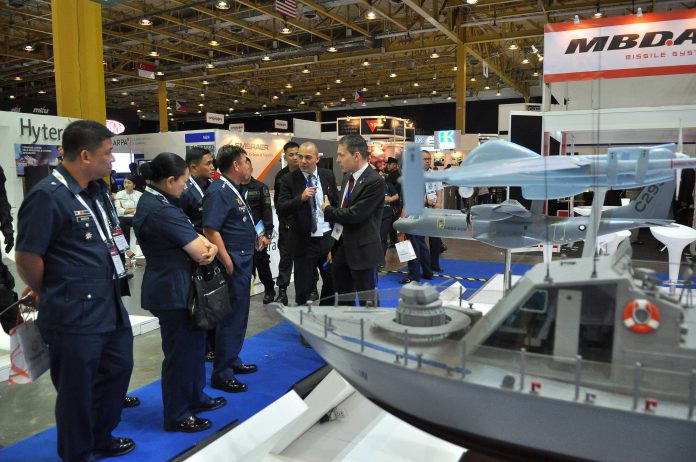 Open source
The products of the modern defense industry were presented by Ukrainian developers at the exhibition in the Republic of the Philippines. This is reported by the Korrespondent news agency.
Ukraine has presented the products of her defense enterprises at the Defense, Security and Crisis Management Exhibition and Conference ADAS-2018, that takes place in Manila (Philippines), for the first time.
The Ukrainian developments in the field of armor-, auto- and aircraft construction, radar equipment, artillery armament are represented at the exhibition.

«Among the Ukrainian defense projects at the exhibition are presented a new BTR-4MV developed by the Kharkiv Morozov Machine Building Design Bureau, 3D radar 80K6T developed by the NSC «Iskra», new multi-purpose transport aircraft An-132 and An-178, KrAZ Armored Vehicles «Shrek» and «Fiona», 120 mm Mobile mortar complex based on the «Bars-8» chassis from the SE «Ukroboronservis», Unmanned aerial system PD-1 VTOL with vertical take-off and landing from Ukrspetsystems,» – the report said.

It is noted that meetings and negotiations between the Ukrainian delegation and the military leadership of the Republic of the Philippines are planned within the framework of ADAS-2018 exhibition.
As The Journalist reported, «Ukroboronprom» has presented anti-tank missile systems, armored vehicles and drones at exhibition in Paris.