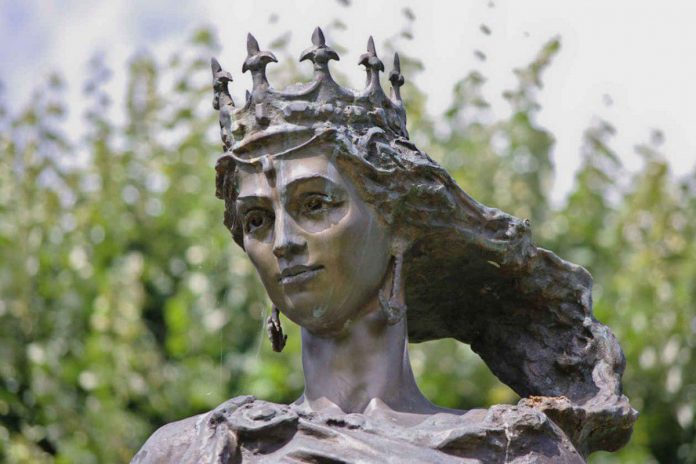 Last week media representatives were invited to Saint Sophia’s National Reserve for a rather unusual press breakfast. The adjective «atmospheric» may seem too banal, but in this case, it fits perfectly for the occasion.
The media were told about the charity evening, which will take place tomorrow, June 26th, on the lawns in front of the St Sofia Cathedral «Anna de Kyiv. New Millennium». The event is arranged in favor of the Cultural Center of Anna de Kyiv in France. In 2013 the center was founded as the center of Ukrainian culture in Europe on the basis of the church of St. Boris and Hlib in the city of Senlis near Paris. By the way, every year in May on the territory of St. Vincent Abbey which was founded by Anna, the Days of Anna de Kyiv are held.

«The center should become the platform by which we can show in Europe what is positive in Ukraine in the field of culture and art, and help Ukrainians remember their legacy, thus, having got rid of inner uncertainty», says Irina Ivanchyk, the benefactor of the Cultural Center of Anna de Kyiv, the chairman of the organizing committee of the charitable evening, the founder of the charitable organization «Believe in yourself».
For journalists they hold an exciting historical excursion directly at the «place of events» that took place more than a thousand years ago. The historian and guide Aleksander Titochka spoke about details of marital and cultural diplomacy of the times of Kyivan Rus, showed them the signature of Anna. It was this signature that became the starting point in the historical and cultural excitement around the figure of Anna and the return of memory of her motherland.

The highlight of this historic-informational morning was a treat. The guests had an opportunity to enjoy dishes of Kyivan Rus times: pies, baked apples, duck, pickled cucumbers, tomatoes and cabbage with cranberries. By the way, tomatoes and cucumbers were considered delicacies earlier; they were served only to the princely table.

Leading tour guide and historian of Saint Sofia cathedral Aleksander Titochka told the «Journalist» about the meaning of the figure of Anna de Kyiv.

Stepanov announces salary for doctors in 2021