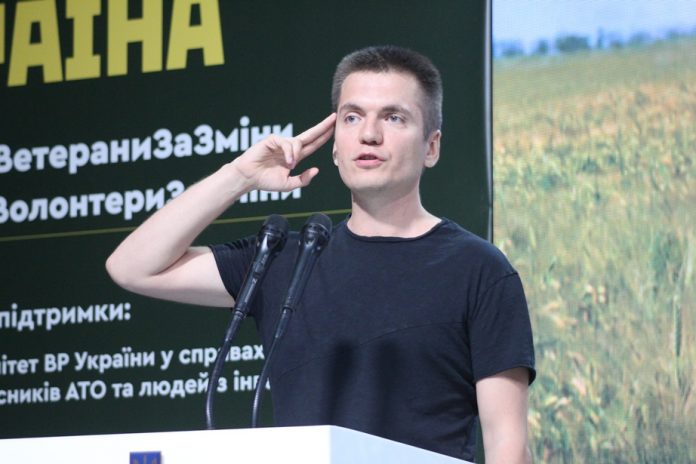 On August 22 and 23, the first International Volunteer and Veteran Forum «Where we are – there is Ukraine» was held in Mystetskiy Arsenal.

The second day of the forum, which was entirely devoted to volunteer issues and organizations and initiatives, was opened by the first deputy head of the Verkhovna Rada of Ukraine, Iryna Herashchenko.

As on the first day, the forum was divided into several panel discussions: « Role of Volunteer Movement in Russian-Ukrainian War», «Volunteer Legislative Initiatives», «Issues of Medical Rehabilitation», «Direction of Heroization of Ukrainian Army, Veterans and Honoring Memory». Each topic aroused lively discussions, both between speakers and viewers. But the most heated and active was exchange of thoughts during legal and medical panels.

It can be safely said that forum gave an opportunity to vast majority of volunteer organizations and their representatives to present themselves and their projects: CF «Povernys zhyvym», «People’s projects», «Narodnyi tyl», «Charity Tuner», «Informal Napalm», SO «Yurydychna sotnya» and others.

The last panel touched upon issue of properly honoring the memory of dead. The leader of this direction is project «Voiny», purpose of which is to encourage the Ukrainian society and the state to worthy commemoration of the lost soldiers; the upbringing of the youth with respect and honor to heroes of unresolved Russian-Ukrainian war; initiation of the introduction of a single warning system and a ceremony of burial of Ukrainian soldiers.

On June 25th, on their initiative, the first race of memory «I respect the warriors. I run for heroes of Ukraine» was held, which should become a new annual tradition. At the invitation of «Voiny» George Lutz came to Kyiv.

In 2005, an American lost his only son during the war in Iraq. He founded the organization «Honor and Memory» and together with other volunteers initiated the tradition of races in memory of the dead soldiers. The main idea of the discussion was the inscription on the banner behind the speakers: «Respect the living. Remember the dead».

First International Volunteer and Veteran Forum ended with a documentary film «Rehab». «Rehab» tells the stories of six Ukrainian soldiers who were rehabilitated in the US after receiving severe injuries in ATO zone. Demonstrated level for rehabilitation in the US in film should turn for our country from a dream to a goal. I want to believe that the next forum will discuss the possibilities of providing such conditions for rehabilitation in Ukraine.

It should be noted that, despite their tense schedules, most of dignitaries declared among guests of the forum were almost from the beginning to the end. This emphasizes not only the importance of holding such an event, but also that the authorities are ready and want to hear both veterans and volunteers.

«I was amazed at the level of the forum, and I hope that this is a great start to a dialogue that will lead to an acceleration of the solution of the issues that were discussed here. I hope that we will perceive this not as problems, but as challenges that we can overcome, that we will get rid of the inferiority imposed on us for decades, and will become an example for other countries that are experiencing a similar situation. We are a unique experience, as from 2014, ordinary Ukrainians have become side by side to protect their country and it is we who are an example for other countries, how to love our country and fight for it. Our people, like the experience gained by us, are invaluable», noted People’s Deputy of Ukraine Andriy Teteruk.

«I think that we were managed to organize a nation-wide dialogue, gather like-minded people, people who are engaged in this serious matter on volunteer and social principles, brought the important to power. It was a beautiful beginning of communication between the public and the authorities, the public among themselves and, I hope, we will get a worthy continuation», forum organizer Oxana Gavrilyuk summed up.

International volunteer and veteran forum will be held once a year.

On the eve of premiere of the film «Rehab» co-author of the movie Andryi Korotun came to The Journalist studio. Exclusive interview can be seen on our website.