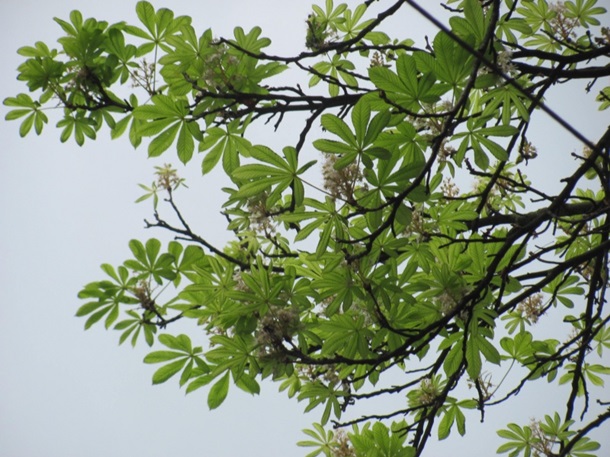 On several streets of Chernivtsi chestnuts have blossomed for the second time in a year. About this informs TSN.

As it became known, chestnuts have blossomed on the streets of the city. Lush inflorescences grow white next to the ripened fruit.
According to biologists, Chernivtsi chestnuts have been dropping leaves too early over the past few years, which is why photosynthesis stops.

«This spring chestnut trees blossomed very early and they had a short flowering period. Due to defeat of California moth, leaves fell early on chestnuts. Trees have already laid flowers for the next year, but because of weather conditions they blossomed in September. This led to a prolonged heat, then rain, a slight cooling and again the temperature rose. As if chestnut trees had come the second spring. This phenomenon is not the first time in our city. Magnolia, acacia, cherry, apple trees blossomed again», explained Maria Wyklyuk, a leading specialist at Botanical Garden.

Earlier Journalist reported that trees were being cut down in Protasov Yar.