Official Tehran denies that the Canadian intelligence services have a secret audio recording of the Iranian foreign minister’s conversation regarding the possible reasons for the missile attack on the UIA plane. This was stated by the press secretary of the Iranian Foreign Ministry Saeed Khatibzade.

“The statements made in the CBC News article are inaccurate and baseless, and many of the statements attributed to the Iranian Foreign Minister is not in line with his style of speech. The very statement that such a record exists is false,” Khatibzade said.

He called on the Canadian government to “act professionally, abandon the futile sensationalism and submit an expert report on the incident if Canada has its own opinion.” 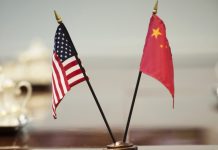