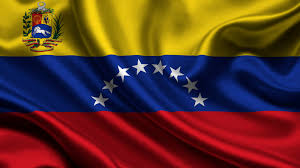 In Venezuela, another high-ranking military official took the side of the Venezuelan opposition leader Juan Guaido, Hromadske reports.

“90% of the military were unhappy with the situation in Venezuela. Soldiers are used to help hold Maduro’s government [the current president of Venezuela – ed.] in power,” said the colonel.

Recall, on January 23, the chairman of the Venezuelan parliament, the leader of the local opposition, Juan Guaido, declared himself as the interim president of the country, since the parliament had previously declared Maduro’s re-election as head of state unconstitutional.
As The Journalist reported, hundreds of thousands of protesters went on protests on the street in Rome.

Media: Thirteen witnesses in MH17 case to remain anonymous as their life may be at risk

Democrats call on U.S. State Department to impose sanctions against Russia and Putin

Zelensky announces construction of hub, 500 apartments for IDPs from Crimea

Ukraine reports 1 KIA over past day in Donbas