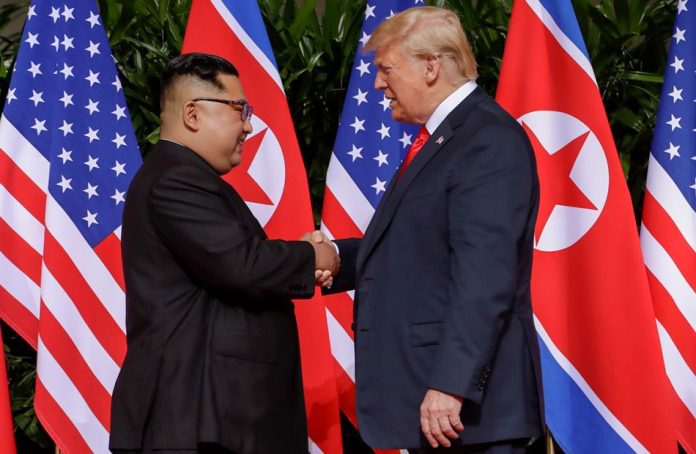 US President Donald Trump and the leader of North Korea Kim Jong-un finished their historic meeting in Singapore by signing a document that assumes to complete denuclearization of the Korean Peninsula and restart of Washington – Pyongyang relations. The key points of the declaration were twitted by the Wall Street journalist Jonathan Cheng.

It is noted that, according to the signed agreement there are four main provisions: